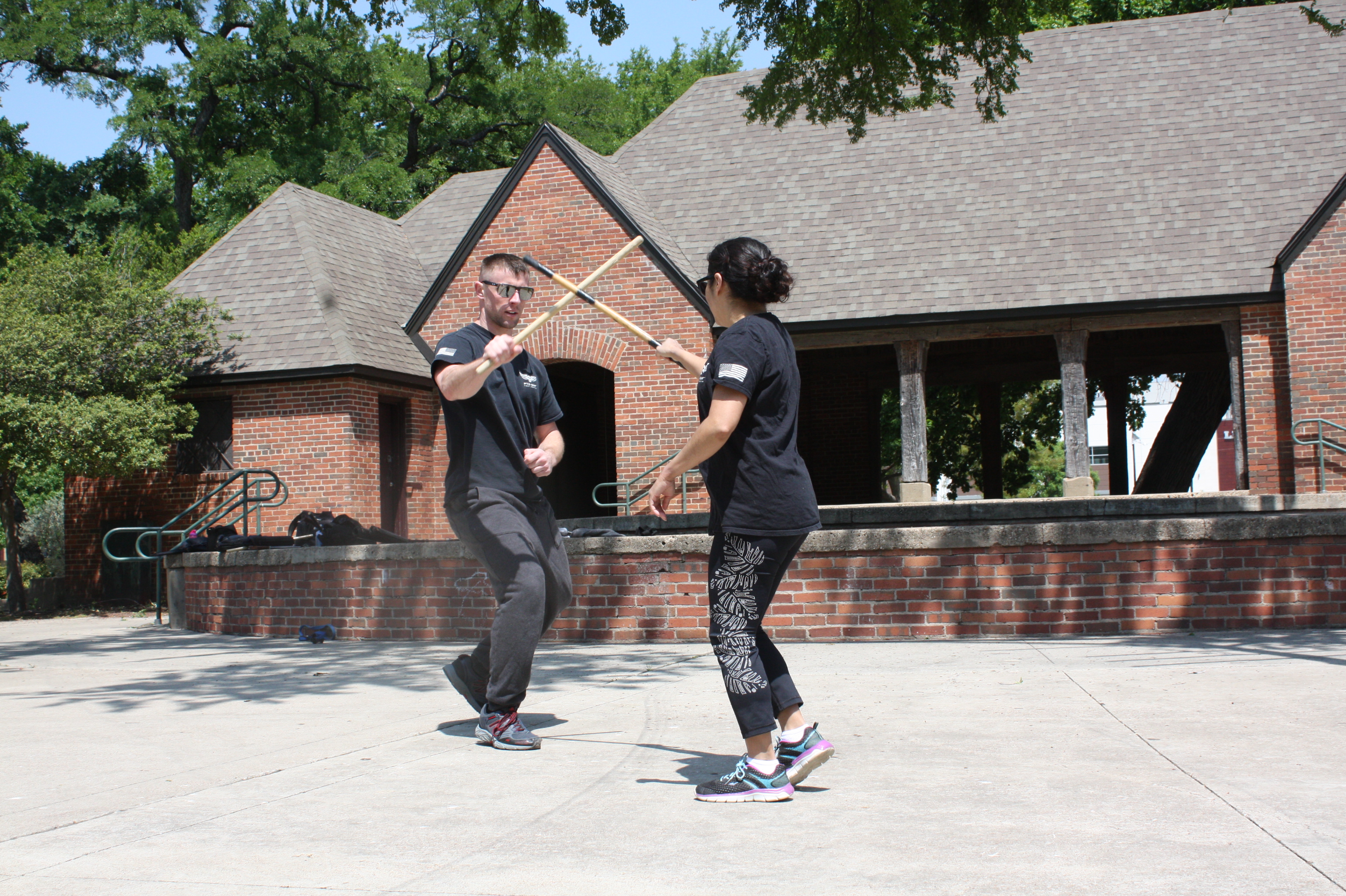 ABOUT THE PROGRAM?
SAEVIO MILITARIS FABER
“To RAGE violently, in a precise MILITARY method, with MASTER skill.”

Tuhon Tim Waid has incorporated his Marine Corps experience into PTK. PTK is currently used in the Philippines Marines Corps and in our US armed forces. PTK could also be applied in the civilian world for optimal survival and self-defense training.

WHAT WILL I LEARN?

HOW LONG WILL IT TAKE ME?

You will significantly improve in your ability to move after a few days of your training. We establish proper technique on the first day and constantly work with you on your body mechanics. Laying down the proper foundation of the basic movements, in the beginning, allows you to progress much faster later.

WILL I BE ABLE TO ADAPT?

We train people from different walks of life and we recognize that each student has a unique body and physical abilities. PTK does not require any previous special training. We work with each person’s unique experience and set of abilities and skills to ensure their successful training.

The foundation strategy of Pekiti-Tirsia Kali is:
1. Protection from all attacks.
2. Destruction of the opponent(s) weapons.
3. Domination of any combat or self-defense situation.
Combat Blade Fighting tactics are executed according to this strategy.  Tactics and training must provide skills for protection and evasion against opponents’ strikes, and the ability never to be hit.  The Live Blade provides an instant realization of this principle and validation of all tactics and techniques.  Protection from strikes and attacks are accomplished by footwork mobility and maneuver, counter-offensive strikes, and by striking the opponent first.  Opponent weapons are destroyed by direct strikes to the weapon hand or incapacitation by striking vital areas off-time of opponent’s strikes.  Domination of close-quarters combat is executed by attacking, quartering, controlling and neutralizing the threat regardless of terrain, environment, or multiple adversaries.
TDA’s Primary Instructor, Edwin Rodriguez, is a Certified Instructor under Tuhon Tim Waid in the art of Pekiti‐Tirsia Kali. PTK is considered to be one of the foremost authorities on Filipino Kali in the world. Call the school for more information.

TEXAS DEFENSE ACADEMY is in Fort Worth, Texas.

Share on FacebookShare on TwitterShare on Linked InShare by Email