Train the most advance system in the Filipino Martial Arts. Pekiti Tirsia Kali. Impact & Edged Weapons program for all ages.

The TDA’s Kali Kids program provides your child the tools they will need, ocular dexterity coordination, awareness, assessments of their surroundings, strategic maneuvers, a psychological pattern of stability, sound and mind, and cognitive power

The DX Combatives Program is a comprehensive integrated self-defense program that incorporates the elements of Boxing, Kickboxing, Ground Fighting, Weapon Fighting Arts, and Multiple Opponent Fighting Systems. We make you stronger physically and emotionally one lesson at a time!

Looking for a FUN and EFFECTIVE way to STAY SAFE? If you’re part of a group that would like to get some self-defense training, then you come to the right place! TDA provides multiple reality-based self-defense workshops tailored to meet your exact needs. We work closely with a wide range of entities including large and small employers, wellness groups, security companies, religious organizations, schools, and various other groups providing them with solutions to meet each of their particular goals.

Get one-on-one personal training with an instructor. Advance your skills sets 10x faster. Choose from any of our three amazing packages. 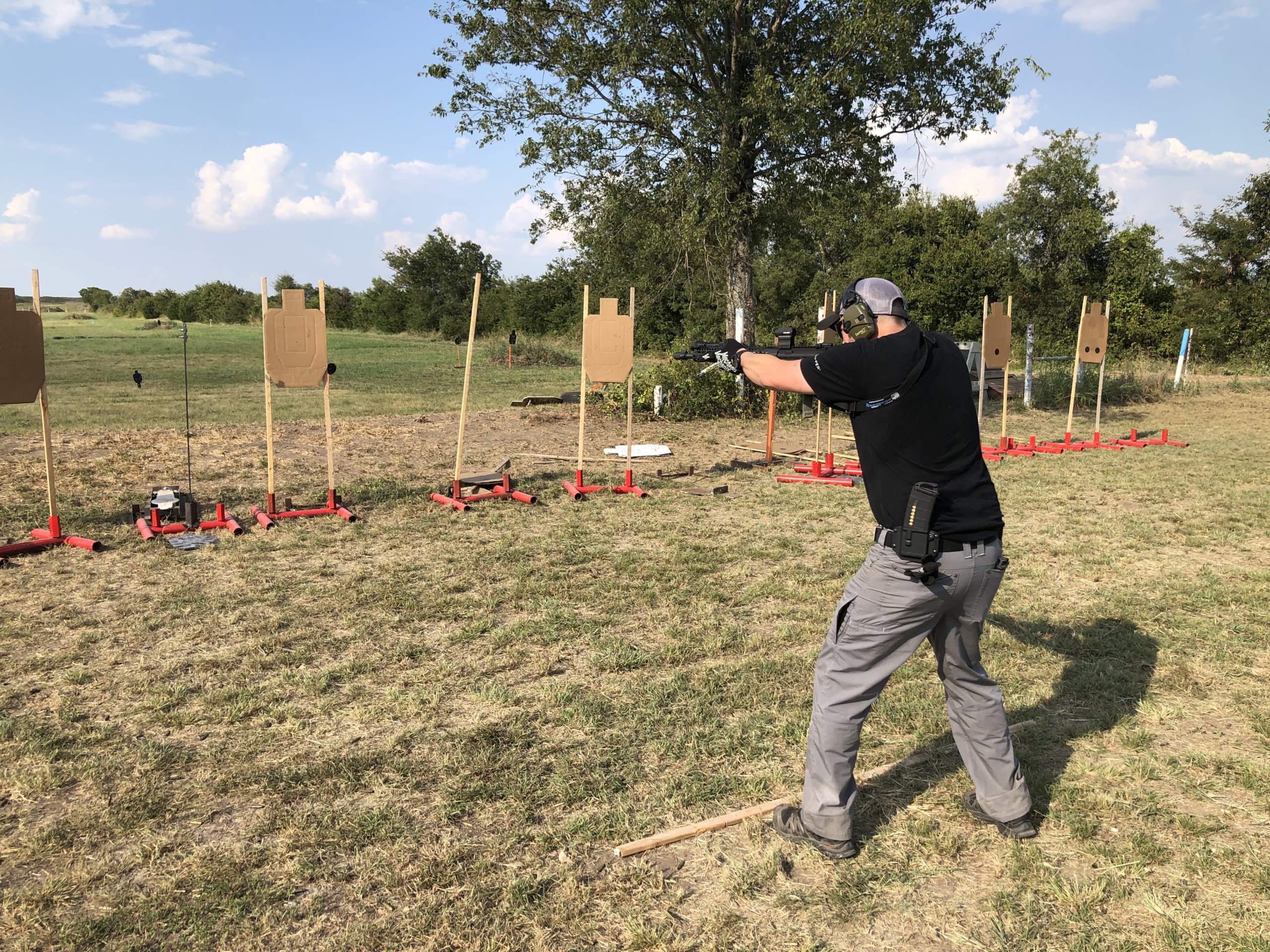 Texas Defense Academy prides itself on having the best training/instruction for our students. With that in mind, the instructors here at TDA are also students. We like to find the best in the industry so we can share that knowledge with you. TDA Instructors Bryan Malatesta and Michael Current recently attended a Rifle 1 course presented by Warrior Poet Society. This is their story.

We arrived at Triple C Range in Cresson, TX on a chilly 100° Texas day. Warrior Poet Society Founder/Instructor John Lovell began the day discussing placement of the rifle in the pocket (not shoulder) and how your points of contact change when you change levels (standing/kneeling/prone). He also discussed proper stance and grip.

After the basics of rifle placement, we zeroed our rifles, then the fun began. John began the next block of instruction on Up Drills. Starting from Low Ready, we began headshots from about 7-10 yards.

Once our targets began looking like a cyclops, John discussed different low ready positions. These were: Low-Ready, Over-the-shoulder, Retention, and Sul (south). With our rifles unloaded he called out one of the four positions as we practiced transitioning between them and sighting in on the target.

We then moved on to diagnosing what our rifle was doing after the shot by watching our sights. By what we saw the sight doing, we could adjust our stance/grip to maintain a flat muzzle. This required a lot of attention to detail to get this right but it made a big difference once you got the hang of it.

After lunch, we began engaging multiple targets and target transitions. The drills ended up being 3 distinct targets labeled 1, 2 or 3 and we had had to smoothly transition from one target to the next getting clear sight pictures and then take the shot. A good takeaway from those drills was to lead with your eyes not your muzzle. We spent the remainder of the day running target transition drills as our student instructors called them out. This drill was very good at spotting our weaknesses or strengths from torso turns to body turns to a hand and eye coordination. 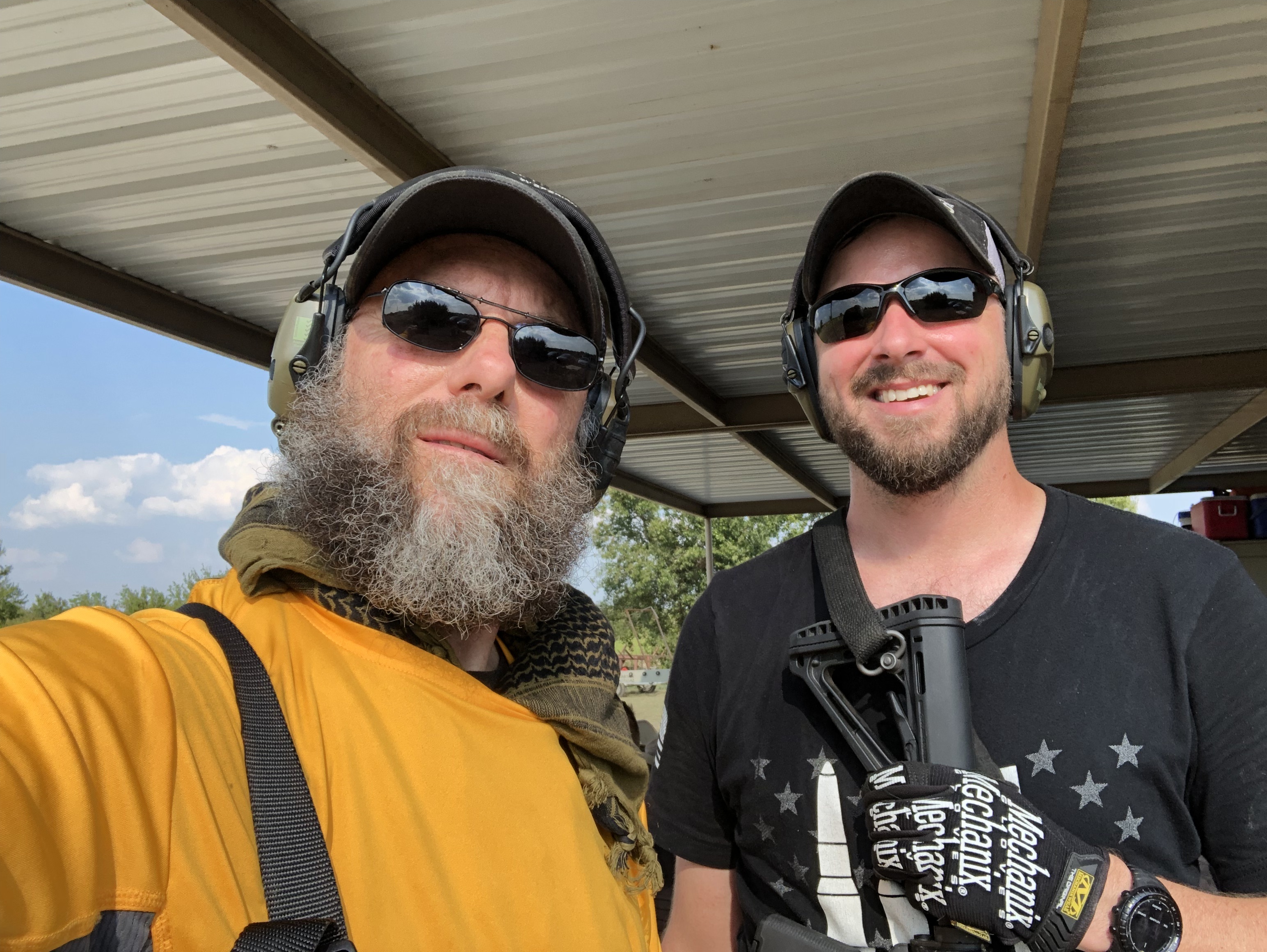 We highly recommend you attend any training by John Lovell! And join his YouTube channel, linked below, as you won’t be sorry. He is outstanding.